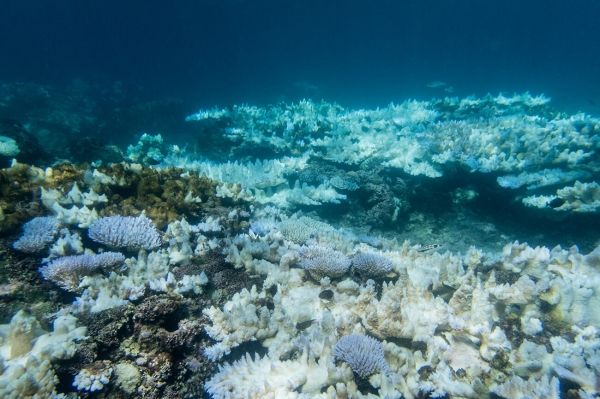 Multiple bleaching events driven by above-average sea temperatures killed off more than one-third of all coral reefs on the island of Guam and up to 60 percent along its eastern coast from 2013 to 2017.

University of Guam researchers reported in a new study published online in the journal “Coral Reefs.” It’s the largest known mass mortality of coral reefs on the U.S. territory to be recorded in the last five centuries.

The study is being featured in a special edition of the journal highlighting the impacts climate change–related stressors have on the world’s reefs, including bleaching after the El Niño Southern Oscillation between 2013 and 2017. Bleaching is the process by which corals become too stressed from environmental changes, like warmer sea temperatures, and expel the essential symbiotic algae living in their tissues, causing them to turn completely white and sometimes die.

“Our reefs are undergoing very dramatic changes — very suddenly — that haven’t been seen in the last 500 years,” said first author Laurie J. Raymundo, who has a doctorate in coral ecology and is a professor at UOG and interim director of the university’s Marine Laboratory “We need to protect what remains and rehabilitate where we can using whatever means we can because they are essential to the island, both ecologically and economically. We depend on our coral communities for significant coastal protection, fish habitats, and tourism.”

Continue reading at University of Guam

Image via University of Guam