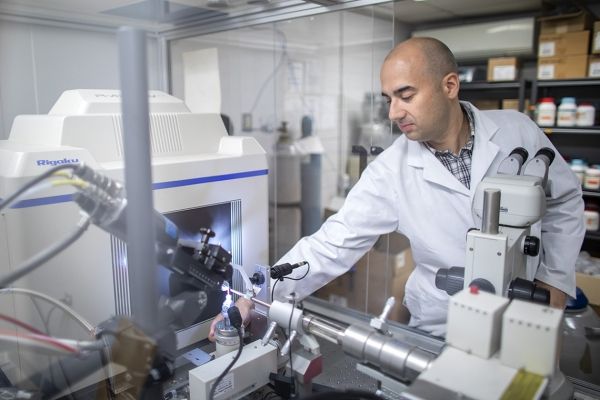 On grocery store shelves among packages of farmed beef, poultry and pork, Peter Stogios expects to one day see meat created in labs.

On grocery store shelves among packages of farmed beef, poultry and pork, Peter Stogios expects to one day see meat created in labs.

The senior researcher in the Faculty of Applied Science & Engineering and his team received a $330,000 (US$250,000) grant over two years to help find a less expensive way of growing cell-based meat, bringing it one step closer to commercial reality – and people’s plates.

Stogios and his team in chemical engineering and applied chemistry were the only Canadian group among the teams who received funding from the Good Food Institute to research cell-based meat. The Washington, D.C.-based non-profit supports alternatives to meat, fish and dairy.

The price of cell-based meat has come down significantly since a group of Dutch researchers unveiled the first in vitro burger in 2013. The five-ounce patty cost $430,000 (US$325,000) and took two years to make.  But last year, the Israeli company Aleph Farms claims to have brought the cost down to $100 per pound, while industry insiders told the Washington Post they are close to $50 per pound.

Continue reading at University of Toronto.

Image via University of Toronto.