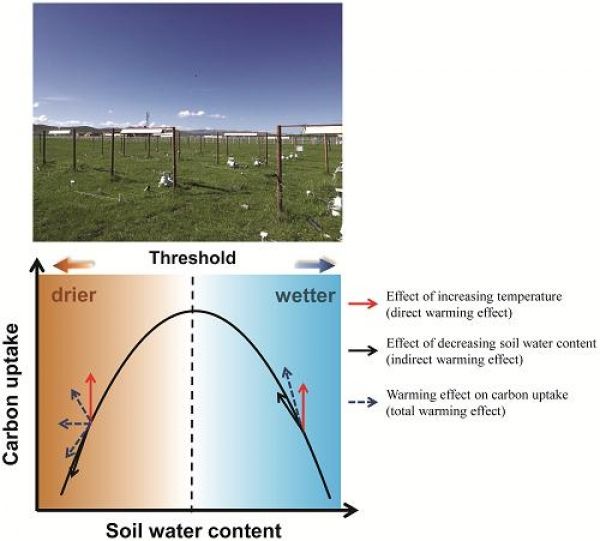 Increasing atmospheric CO2 concentration is the leading cause of greenhouse effects and global warming. Notably, rapid climate warming can, in turn, either increase or decrease land carbon uptake, leading to negative or positive carbon cycle-climate change feedback, respectively. Scientists previously did not understand what caused the direction of carbon-climate feedback, making it difficult to predict future climate warming.

Recently, however, a research group led by Dr. NIU Shuli from the Institute of Geographic Sciences and Natural Resources Research (IGSNRR) of the Chinese Academy of Sciences found that water availability in soil determines the direction of carbon-climate feedback. The group’s findings were published in Science Advances on August 22, 2019.

The research team drew the conclusion primarily based on a field manipulation experiment in an alpine meadow on the Qinghai-Tibetan Plateau. They found that land carbon uptake increased when soil water content (SWC) was below its optimum but decreased above the optimum.