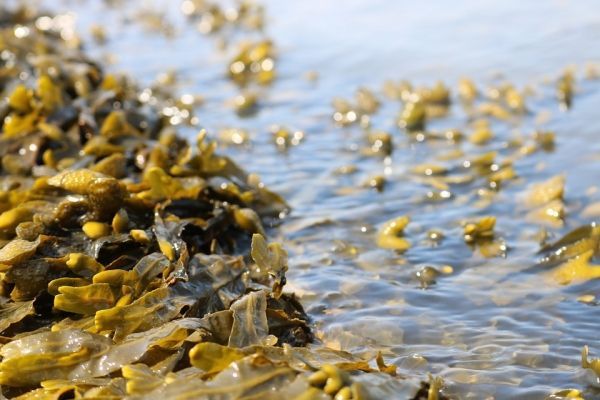 According to the Intergovernmental Panel on Climate Change (IPCC), addressing carbon emissions from our food sector is absolutely essential to combatting climate change.

According to the Intergovernmental Panel on Climate Change (IPCC), addressing carbon emissions from our food sector is absolutely essential to combatting climate change. While land and agriculture took center stage in the panel’s most recent report, missing was how the oceans at large could help in that fight.

Seaweed, perceived by some as little more than marine debris on the beach, could be a new player in the effort to mitigate climate change. So say researchers at UC Santa Barbara, who investigated the carbon offsetting potential of seaweed aquaculture.

“It’s not a silver bullet, nor an industry that exists yet,” said Halley Froehlich, an assistant professor in the Department of Environmental Studies and in the Department of Ecology, Evolution and Marine Biology. “But it has huge potential.” Froehlich is lead author of a first-ever global assessment of seaweed aquaculture’s carbon sequestration scaling potential, which appears in Current Biology.

According to Froehlich and co-authors Jamie Afferbach, Melanie Frazier and Benjamin Halpern from the National Center for Ecological Analysis and Synthesis, who synthesized diverse datasets from scientific literature, seaweed aquaculture could indeed be a powerful new way to sequester carbon. The process would involve cultivating seaweed and harvesting it for the purpose of sinking the algae in the deeper ocean, where the carbon stored in its tissues would remain ‘buried.’