Details
University of Colorado at Denver 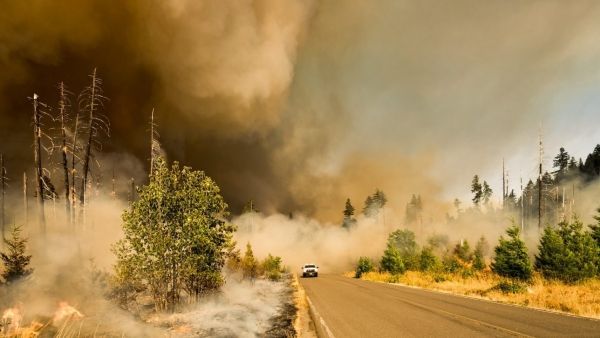 Researchers say our current pattern without adapting to the changing environment continues to put people at risk by replicating community vulnerabilities.

The 2017 wildfire season was the most extensive and expensive in U.S. history. Fires scorched 10 million acres in the western U.S. and federal fire-suppression expenditure surpassed a record $2.9 billion. There’s no end to the record breaking in sight: climate change will continue to produce longer, drier fire seasons with substantial burning that will consume residential developments. In a paper released last week, researchers have found that society is doing little to adapt in the aftermath.

“Often, after a fire, a community rebuilds, allows everything to grow back and continues to function the same way,” said Brian Buma, PhD, assistant professor in the department of integrative biology at University of Colorado Denver. “But humans have changed the playing field with climate change. Many times, something burns and the vegetation that comes back is coming back differently – or not at all – in the new climate. We can no longer force the systems to stay the same and we have to adapt with them. It may not be what we’re used to, but it may be the new reality.”

Buma, along with several biologists and sociologists across the U.S., laid out an appeal for the paradigm shift in a paper for the journal Nature Sustainability. It is an appeal not just to think about fire, but to fundamentally rethink our relationships with fire – one that, in the future, has to have fire as an integral component of the landscape (including around our houses, parks, and cities).

Continue reading at University of Colorado at Denver

Image via University of Colorado at Denver