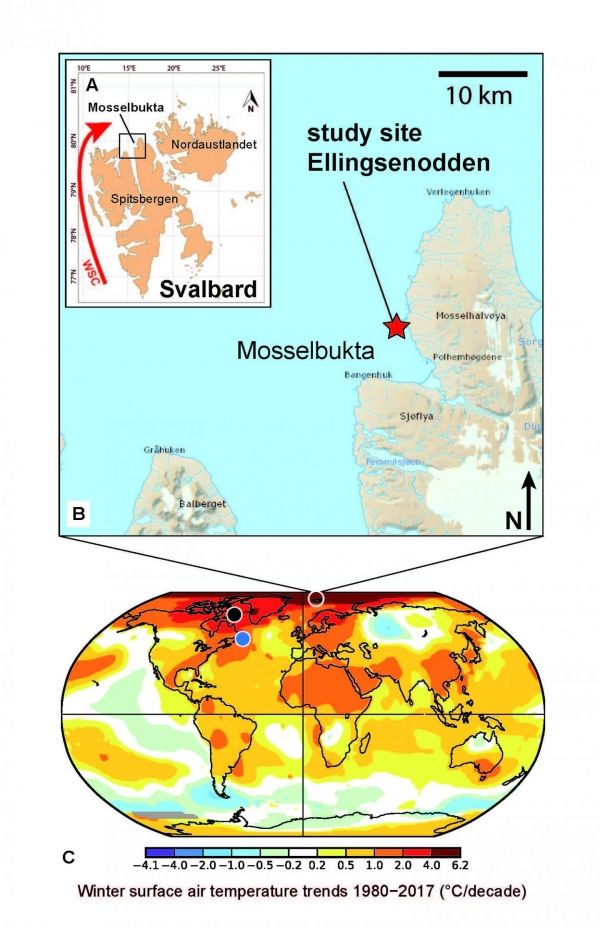 Arctic sea-ice has decreased rapidly during the last decades in concert with substantial global surface warming.

Arctic sea-ice has decreased rapidly during the last decades in concert with substantial global surface warming. Both have happened much faster than predicted by climate models, and observed Arctic warming is much stronger than the global average. Projections suggest that Arctic summer sea-ice may virtually disappear within the course of the next fifty or even thirty years.

Although Arctic-wide warming during the 20th century is well documented, little is known about the response of sea-ice to abrupt warming and it is unclear when the sea-ice decline started. Data coverage in this region is highly restricted, with observation-based satellite data only available since the 1970s, too short to accurately calibrate climate models.

Limited observational records therefore hamper the assessment of long-term changes in sea-ice, leading to large uncertainties in predictions of its future evolution under global warming. In the absence of instrumental data, natural archives of environmental changes, so-called proxies can be used to extend climate data further back in time.