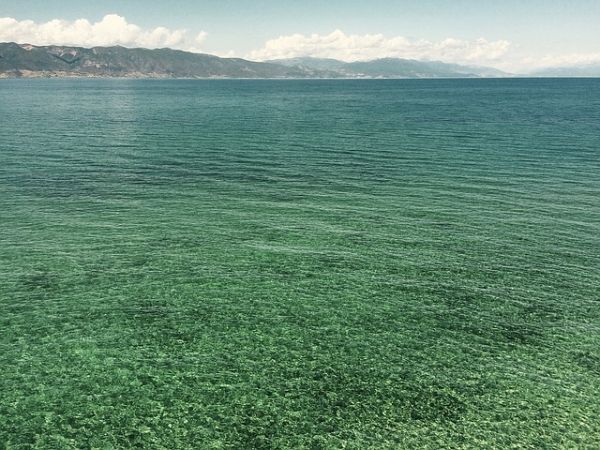 Results of large-scale research project spearheaded by geologists from the University of Cologne on Lake Ohrid’s climate history published in ‘Nature’.

A deep drilling project at Lake Ohrid, situated at the border between Albania and North Macedonia and involving 47 researchers from 13 nations, has brought new insights into climate history to light. The team, headed by the geologist Professor Dr Bernd Wagner from the University of Cologne, has now published its findings under the title ‘Mediterranean winter rainfall in phase with African monsoon during past 1.36 million years’ in ‘Nature’.

Lake Ohrid is considered the oldest existing lake in Europe. The project began 15 years ago with first preliminary investigations to determine the age of the lake and better understand the climate history of the Mediterranean region. The deep drilling took place in 2013. With a maximum drilling depth of 568 metres and a water depth of 245 metres, it became one of the most successful lake drillings carried out in the framework of the International Continental Scientific Drilling Program (ICDP). The analysis of the extracted material – the drill cores with their sediment layers – took five years.

‘We have shown that the lake formed exactly 1.36 million years ago and has existed continuously ever since’, the leading geologists Professor Dr Bernd Wagner and Dr Hendrik Vogel (University of Bern) said. ‘We were thrilled when we realized that we had retrieved one of the longest and most complete lake sediment cores from the oldest lake in Europe. Getting the chance to obtain high-resolution regional climate data for a period of over 1.3 million years is the dream of every climate researcher.’

Continue reading at University of Cologne