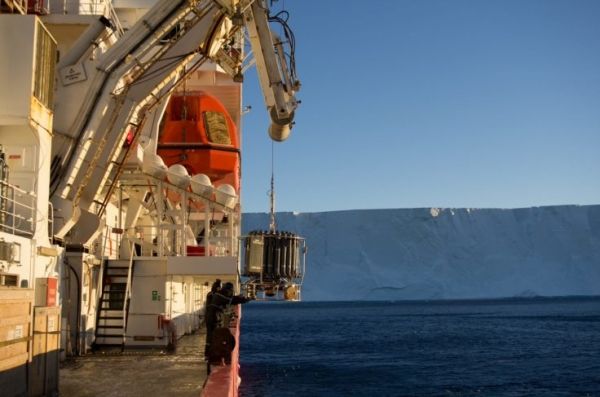 The supply of dense Antarctic water from the bottom of the ocean to the Atlantic has declined in recent years. However, a new study explains for the first time how since 2014 this has stabilized and slightly recovered due to the variability in upstream dense waters, with implications for the global climate.

The study, led by British Antarctic Survey, is published this week (2 September 2019) in the journal Nature Climate Change.

Seawater that has been cooled around Antarctica sinks to the bottom of the ocean forming Antarctic Bottom Water, which can be found across the deepest parts of most of the World Ocean. The volumes of the denser subsets of this water mass have been decreasing in the Scotia Sea, a key pathway from the Weddell Sea toward the rest of the global ocean over the last decades.

Using ship-based measurements of temperature and salinity (saltiness) spanning thirty years from British, German, and US research cruises from 1989-2018, researchers have tracked the changes in the Scotia Sea, and attribute them to changes happening upstream in the Weddell Sea, closer to Antarctica, possibly due to changes in winds, sea ice formation, or glacial ice melt on the continental margins.

These observations shed light on the links between the deep ocean near Antarctica and the large-scale global ocean circulation, which prevents rapid surface climate change by trapping a large portion of human-produced carbon and warming in the deep ocean. Reduced density of deep water (caused by warmer temperatures and increased ice melt) is associated with a weakening of this ocean circulation, with implications for global climate.