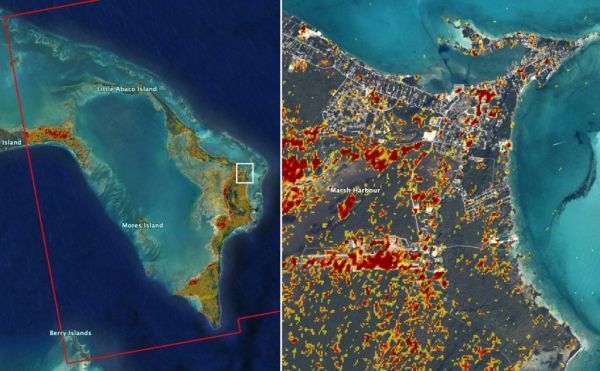 NASA has created and provided to emergency response organizations a detailed damage assessment map of the Bahamas based on satellite data after Hurricane Dorian hit the islands earlier this week.

For over a week, a response team from NASA’s Earth Science Disasters Program has worked to create maps of impacts and potential impacts from the storm and make them available to decision makers.

The new damage assessment map used satellite data from the European Union’s Sentinel-1 Copernicus instrument to identify areas (shown in red and yellow) that were likely most affected by the storm’s Category 5 winds and storm surge.