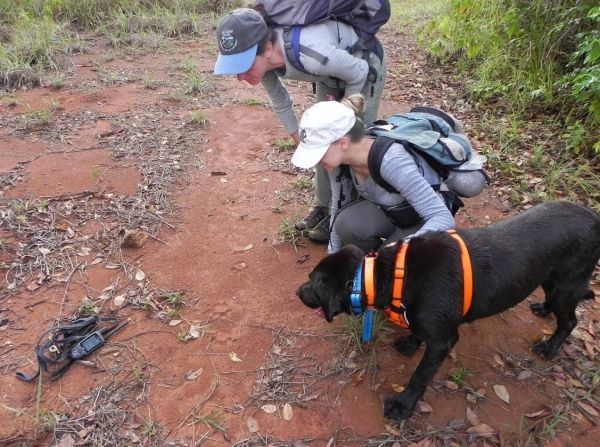 How do you follow a predator so elusive that its nickname is “shadow cat”?

How do you follow a predator so elusive that its nickname is “shadow cat”?

To track secretive jaguars in the forested mountains of Belize, the University of Cincinnati turned to geology and poop.

Brooke Crowley, a UC associate professor of geology and anthropology, can trace the wanderings of animals using isotopes of strontium found in their bones or the bones of animals they have eaten. This method works even with long-dead animals such as ancient mammoths.

Now she and her research partners are applying the technique to jaguar poop, or scat, found in the geologically diverse Mountain Pine Ridge Forest Reserve in Belize. Claudia Wultsch, a wildlife biologist from the American Museum of Natural History and City University of New York, and Marcella Kelly, a professor of wildlife conservation at Virginia Tech, co-authored the study. Both have studied jaguars in Belize for more than a decade.

Read more at University of Cincinnati