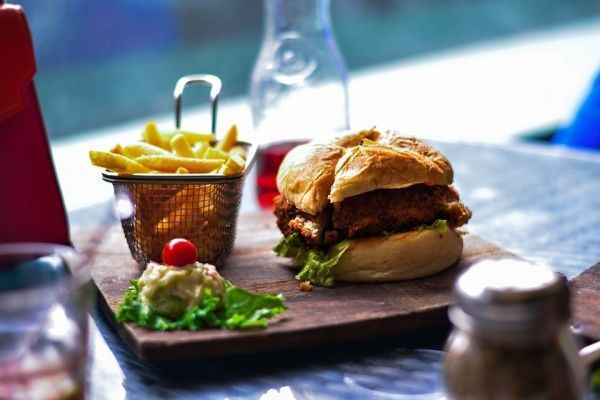 Much research has pointed to how an unhealthy diet correlates to obesity, but has not explored how diet can bring about neurological changes in the brain.

Much research has pointed to how an unhealthy diet correlates to obesity, but has not explored how diet can bring about neurological changes in the brain. A recent Yale study has discovered that high-fat diets contribute to irregularities in the hypothalamus region of the brain, which regulates body weight homeostasis and metabolism.

Led by Sabrina Diano, the Richard Sackler Family Professor of Cellular & Molecular Physiology and professor of neuroscience and comparative medicine, the study evaluated how the consumption of a high-fat diet — specifically diets that include high amounts of fats and carbohydrates — stimulates hypothalamic inflammation, a physiological response to obesity and malnutrition.

The researchers reaffirmed that inflammation occurs in the hypothalamus as early as three days after consumption of a high-fat diet, even before the body begins to display signs of obesity. “We were intrigued by the fact that these are very fast changes that occur even before the body weight changes, and we wanted to understand the underlying cellular mechanism,” said Diano who is also a member of the Yale Program in Integrative Cell Signaling and Neurobiology of Metabolism.

The researchers observed hypothalamic inflammation in animals on a high fat diet and discovered that changes in physical structure were occurring among the microglial cells of animals. These cells act as the first line of defense in the central nervous system that regulate inflammation. Diano’s lab found that the activation of the microglia was due to changes in their mitochondria, organelles that help our bodies derive energy from the food we consume. The mitochondria were substantially smaller in the animals on a high-fat diet. The mitochondria’s change in size was due to a protein, Uncoupling Protein 2 (UCP2), which regulates the mitochondria’s energy utilization, affecting the hypothalamus’ control of energy and glucose homeostasis.