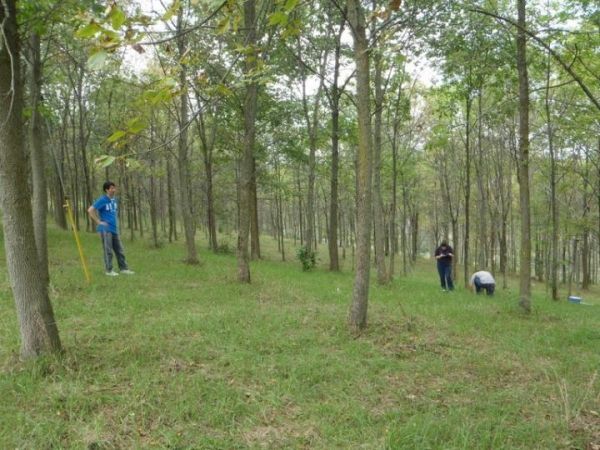 “Lingering ash." That’s what the U.S. Forest Service calls the relatively few green and white ash trees that survive the emerald ash borer onslaught. Those trees do not survive by accident, and that may save the species, according to Penn State researchers, who conducted a six-year study of ash decline and mortality.

The research shows some ash trees have varying degrees of resistance to the strangely beautiful, invasive beetle from Asia. The study is unique because it took place at a plantation of ash trees planted on Penn State’s University Park campus in the mid-1970s.

“We found that genetic variation exists in trees from around the country, and through time — especially as the emerald ash borer population collapses because host trees are rapidly disappearing — the resistance that we observed will likely ensure the survival of the species,” said Kim Steiner, professor of forest biology, College of Agricultural Sciences.

Steiner, who also is director of The Arboretum at Penn State, collected seeds from wild green ash trees in 27 states and Canadian provinces in the fall of 1975. He grew the seedlings for two years before methodically planting 2,100 of them, all 12 feet apart, in a seven-acre plot. Mixed in were a small number of white ash trees.

Image: Researchers began measuring the decline of ash trees in the Penn State plantation in 2012, shortly after emerald ash borers arrived there, and they measured it every year through 2017. The effect of the insect was devastating. (Credit: Kim Steiner, Penn State)