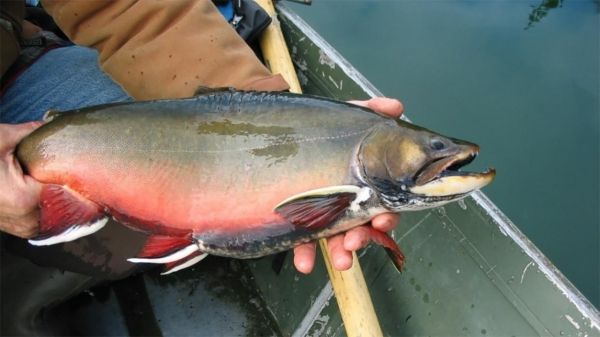 In the 1920s, scientists identified aurora trout as a new species native only to northeastern Ontario.

In the 1920s, scientists identified aurora trout as a new species native only to northeastern Ontario. Their habitat stood squarely in the path of emissions from Sudbury’s giant mines, and aurora trout became an early victim of acid rain and populations went into steep decline by the 1950s.

To save the species, Government of Ontario biologists captured every adult fish they could find – three females and six males – and raised the next generation at a local hatchery. Every aurora trout alive today is descended from those fish.

“After local lakes were restored, there were several attempts to reintroduce them to the wild,” says Chris Wilson, a research scientist with Ontario’s Ministry of Natural Resources and Forestry (MNRF).

But many of the fish weren’t surviving to adulthood.