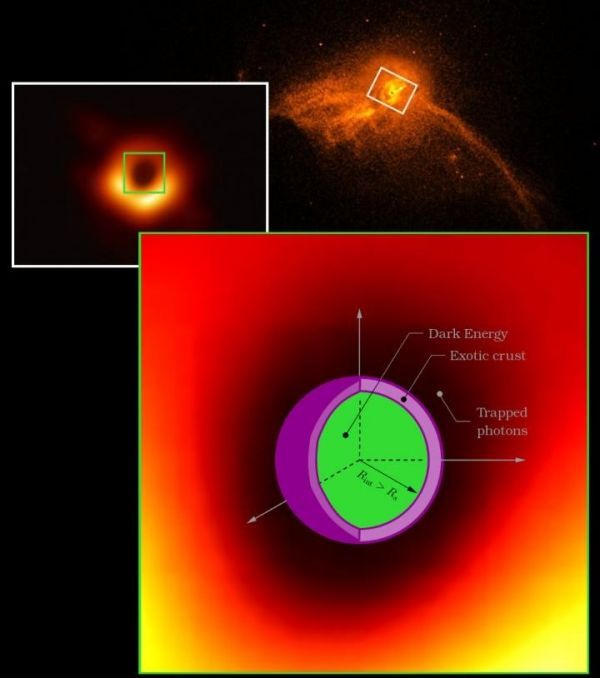 Two University of Hawaii at Mānoa researchers have identified and corrected a subtle error that was made when applying Einstein’s equations to model the growth of the universe.

Two University of Hawaii at Mānoa researchers have identified and corrected a subtle error that was made when applying Einstein’s equations to model the growth of the universe.

Physicists usually assume that a cosmologically large system, such as the universe, is insensitive to details of the small systems contained within it. Kevin Croker, a postdoctoral research fellow in the Department of Physics and Astronomy, and Joel Weiner, a faculty member in the Department of Mathematics, have shown that this assumption can fail for the compact objects that remain after the collapse and explosion of very large stars.

“For 80 years, we’ve generally operated under the assumption that the universe, in broad strokes, was not affected by the particular details of any small region,” said Croker. “It is now clear that general relativity can observably connect collapsed stars—regions the size of Honolulu—to the behavior of the universe as a whole, over a thousand billion billion times larger.”

Read more at: University of Hawaii at Manoa

Objects like Powehi, the recently imaged supermassive compact object at the center of galaxy M87, might actually be GEODEs. The Powehi GEODE, shown to scale, would be approximately 2/3 the radius of the dark region imaged by the Event Horizon Telescope. This is nearly the same size expected for a black hole. The region containing Dark Energy (green) is slightly larger than a black hole of the same mass. The properties of any crust (purple), if present, depend on the particular GEODE model. (Photo Credit: EHT collaboration; NASA/CXC/Villanova University)