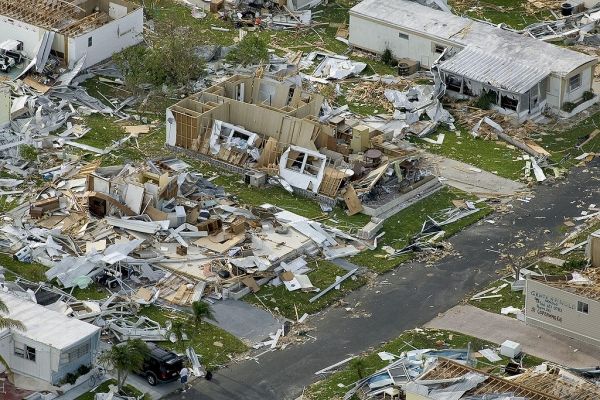 In 2004, the Atlantic Basin had one of its most active and destructive hurricane seasons on record.

In 2004, the Atlantic Basin had one of its most active and destructive hurricane seasons on record. When the season finally ended, it ultimately produced more than $61 billion in damage and caused thousands of deaths across several countries.

Fifteen years later, we’re reviewing the season and highlighting a few of the monsters — from NOAA’s satellites’ perspective.

Considering its activity and devastation, the 2004 Atlantic hurricane season got off to a relatively late start — but it started with a bang. The first storm of the season, Alex, became a tropical storm on Aug. 1, a hurricane on Aug. 3 and a major hurricane on Aug. 5. It never officially made landfall, but it raked the Outer Banks of North Carolina before swiping the Canadian Maritimes and heading into the North Atlantic.

From there, the season quickly caught up and produced 15 named storms, ending with the formation of Tropical Storm Otto on Nov. 30. In total, 2004 had nine hurricanes, including six major hurricanes with sustained winds of 111 mph or greater, and six tropical storms. This was well above the 1981–2010 average of six hurricanes and three major hurricanes per year.