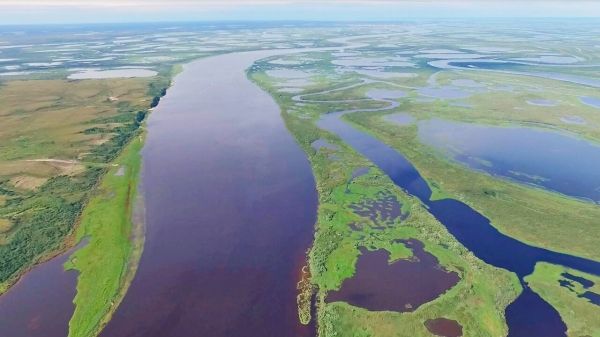 Carbon is everywhere, and it is constantly on the move between land, water and atmosphere. While quantities of carbon exchanged between land and atmosphere are rather certain and easy to measure, the amount of carbon that travels between water and atmosphere is uncertain and is not so easy to quantify. This is especially true for regions that contain a lot of water and a lot of carbon in permafrost, as for example Western Siberia, that is home to one of the world’s largest rivers, the Ob’ River, and where permafrost covers more than 40 percent of the land area.

Yet, nobody has attempted to quantify combined rivers and lakes greenhouse gas emissions in regions where permafrost has undergone different degree of thawing, mainly because these regions are remote and inaccessible. Western Siberia is a good example of such region. Such knowledge gap limits scientists’ abilities to understand the impacts of permafrost thaw on rivers and lakes greenhouse gas emissions, and makes it harder to predict how these emissions may change in the future.