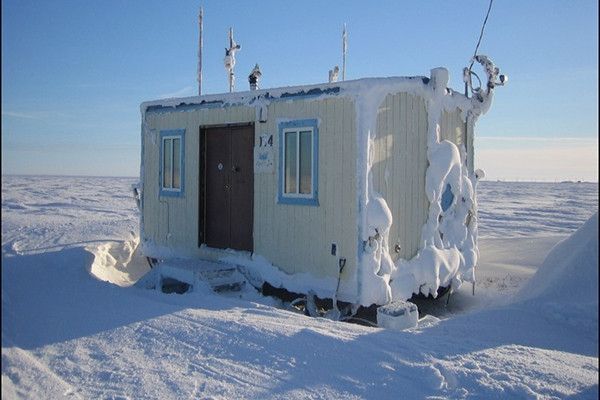 Scientists built a monitoring station in remote northern Alaska and found elevated levels of chlorine atoms when fossil fuel polluted air traveled in from the direction of a nearby city and a large oil field.

Perennial sea ice is rapidly melting in the Arctic, clearing the way for new shipping routes and fossil fuel extraction. This increased activity could have unexpected impacts on the natural chemistry of the polar region, according to researchers.

A team of scientists from Penn State, the University of Michigan, Purdue University and the University of Alaska Fairbanks found nitrogen dioxide, a pollutant produced by the extraction and burning of fossil fuel, led to higher levels of atmospheric chlorine at a remote site in Alaska located near the northern-most city in North America and a major oil field.

“We know that the Arctic is changing rapidly, but we need more observations to understand how our economic decisions, related to development and shipping, impact the natural system through links that may not immediately be obvious,” said Kerri Pratt, assistant professor of chemistry at the University of Michigan, and lead author on the study.

Nitrogen dioxide undergoes a series of reactions in the atmosphere, ultimately leading to the reaction of dinitrogen pentoxide (N2O5) with aerosols produced by natural sea spray, linking the fossil fuel and natural emissions, which are both increasing in the rapidly warming Arctic, the researchers said.