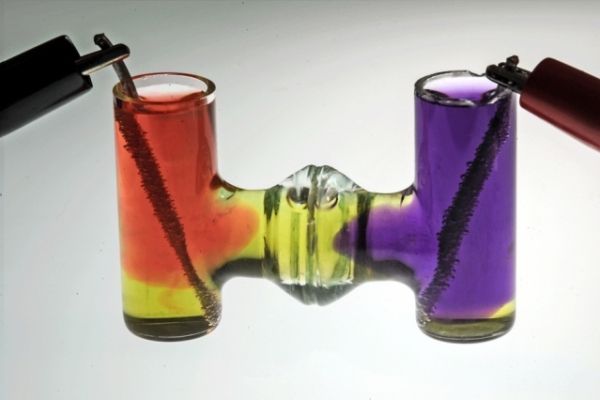 It’s well known that the production of cement — the world’s leading construction material — is a major source of greenhouse gas emissions, accounting for about 8 percent of all such releases.

It’s well known that the production of cement — the world’s leading construction material — is a major source of greenhouse gas emissions, accounting for about 8 percent of all such releases. If cement production were a country, it would be the world’s third-largest emitter.

A team of researchers at MIT has come up with a new way of manufacturing the material that could eliminate these emissions altogether, and could even make some other useful products in the process.

The findings are being reported today in the journal PNAS in a paper by Yet-Ming Chiang, the Kyocera Professor of Materials Science and Engineering at MIT, with postdoc Leah Ellis, graduate student Andres Badel, and others.

“About 1 kilogram of carbon dioxide is released for every kilogram of cement made today,” Chiang says. That adds up to 3 to 4 gigatons (billions of tons) of cement, and of carbon dioxide emissions, produced annually today, and that amount is projected to grow. The number of buildings worldwide is expected to double by 2060, which is equivalent to “building one new New York City every 30 days,” he says. And the commodity is now very cheap to produce: It costs only about 13 cents per kilogram, which he says makes it cheaper than bottled water.

Image: In a demonstration of the basic chemical reactions used in the new process, electrolysis takes place in neutral water. Dyes show how acid (pink) and base (purple) are produced at the positive and negative electrodes. A variation of this process can be used to convert calcium carbonate (CaCO3) into calcium hydroxide (Ca(OH)2), which can then be used to make Portland cement without producing any greenhouse gas emissions. Cement production currently causes 8 percent of global carbon emissions.  CREDIT: Felice Frankel