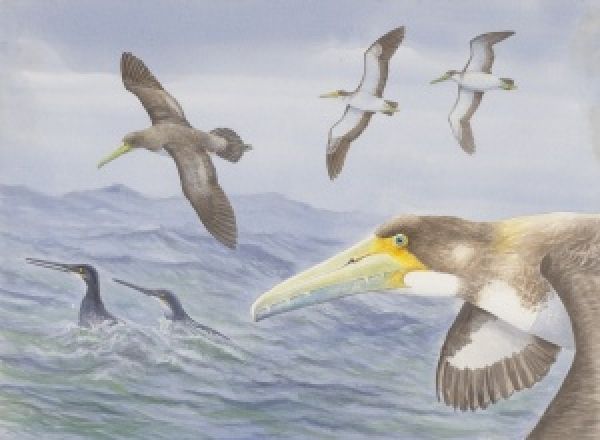 The ancestor of some of the largest flying birds ever has been found in Waipara, North Canterbury.

The ancestor of some of the largest flying birds ever has been found in Waipara, North Canterbury.

Bony-toothed birds (Pelagornithids), an ancient family of huge seafaring birds, were thought to have evolved in the Northern Hemisphere – but that theory has been upended by the discovery of the family’s oldest, but smallest member in New Zealand.

At 62 million-years-old, the newly-discovered Protodontopteryx ruthae, is one of the oldest named bird species in the world. It lived in New Zealand soon after the dinosaurs died out.

While its descendants were some of the biggest flying birds ever, with wingspans of more than 5 metres, Protodontopteryx was only the size of an average gull. Like other members of its family, the seabird had bony, tooth-like projections on the edge of its beak.

The seabird fossil was identified by the same team that recently announced the discovery of a 1.6 metre-high giant penguin from the same site.

Image: Protodontopteryx ruthae. Illustration by Derek Onley. Image available CC BY NC and for News and Current Affairs Use