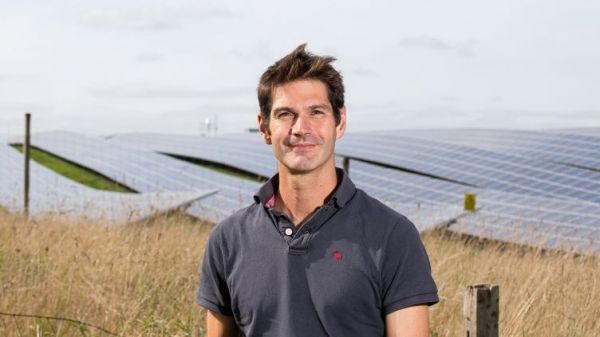 It’s difficult to walk into National Grid’s Electricity System Operator (ESO) Control Room without an overwhelming feeling that you shouldn’t be there. A panorama of blinking lights and live data, dominated by a huge screen makes it feel more like mission control than a head office. But this is National Grid ESO’s nerve centre for balancing the electricity network. A space so critical to the UK’s energy infrastructure that only a select few are allowed inside, the ESO Control Room tracks and manages the flow of supply and demand to make sure everything from your kettle to the lights in Wembley Stadium stay on 24/7, 365 days a year.

At the front of the room is a colourful map of the UK’s electricity transmission system network. And at the bottom of this display is a chart that shows where the electricity comes from. It’s called the generation mix and for years it’s listed traditional energy sources – coal, gas, nuclear, and so on.

Three years ago a new figure was added to the board. Photo-Voltaic energy (or PV) means solar power and it’s one of the new renewable kids on the block. PV turns free energy from the sun into usable electricity and it has the potential to save UK bill payers millions of pounds every year. This new figure is a measure of the amount of PV power being generated. It’s based on analysis and calculations by the University of Sheffield. And it has an extraordinary journey that, fittingly for green energy, starts in the windswept wilds of the Peak District 25 years ago.

Alastair Buckley is a senior lecturer in Physics at the University of Sheffield and an orienteerer. Alastair came to Sheffield as a student in large part because of the city’s position as unofficial UK capital of the sport – a cross between running and map reading – with locations like the Peak District offering spectacular locations for racing. His development of ‘PV_Live’ – a real time service for predicting the UK’s solar output – or outturn as it’s called in industry – has revolutionised energy management. But it started with orienteering.

Continue reading at University of Sheffield

Image via University of Sheffield