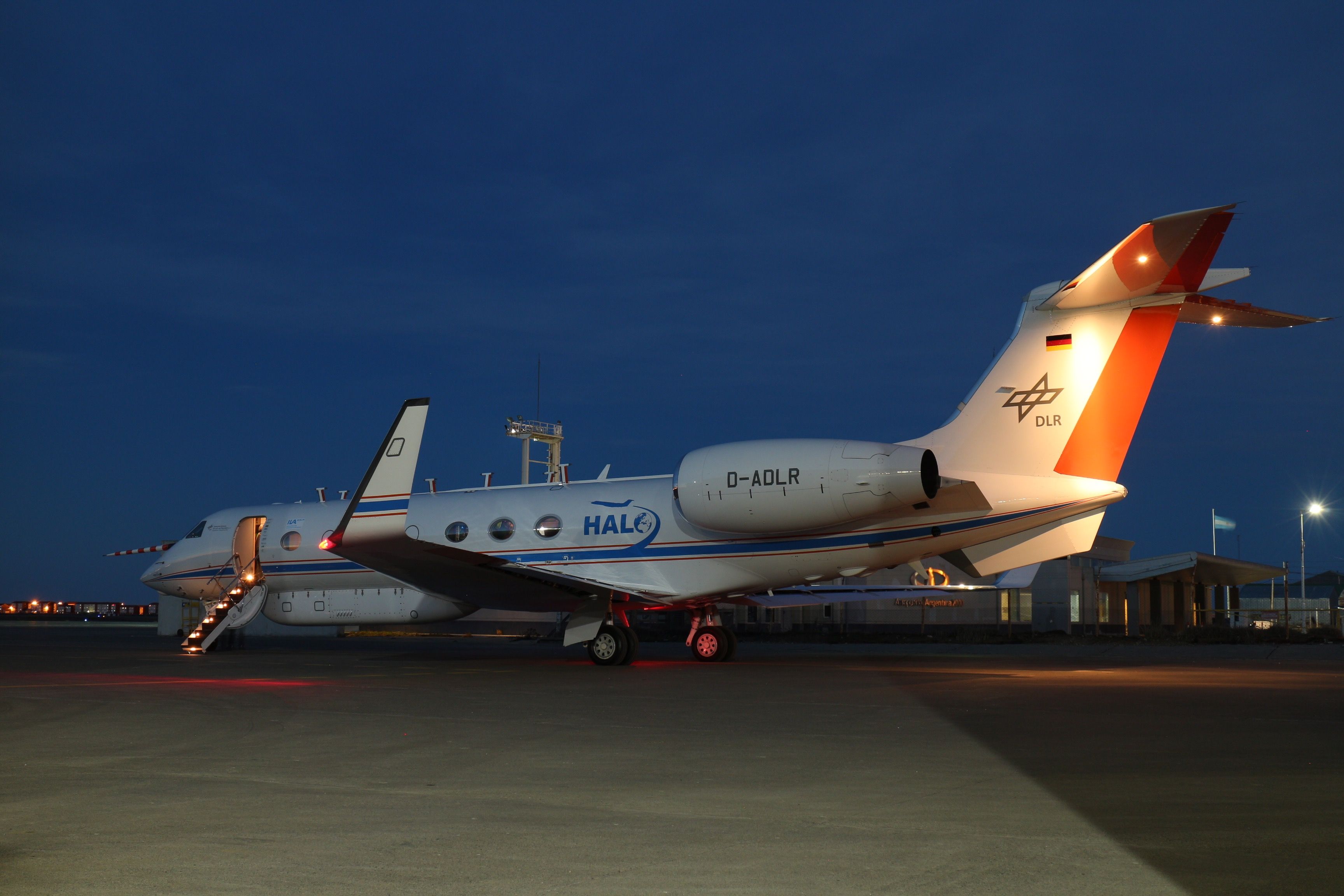 Researchers will study the influence of gravity waves on the polar vortex over the Antarctic and analyze the chemical and dynamic processes at play in the tropopause.

The main goals of the first phase of this campaign are to investigate ozone depletion over the Antarctic in springtime, the so-called ozone hole, and to evaluate the importance of gravity waves over the southern tip of the Americas and the Antarctic to the circulation in the stratosphere. The stratosphere contains the ozone layer and is the atmospheric layer at altitudes above 12 kilometers. In the second phase of the campaign taking place in November, the main scientific focus will be on investigating how air masses are exchanged and mixed between the stratosphere and the troposphere particularly in subtropical regions. During the transfer flights between Europe and South America, scientists will explore, among other topics, the effect of the current burning of biomass in the Amazon rainforest on atmospheric composition and climate. Scientists from Johannes Gutenberg University Mainz (JGU) and Goethe University Frankfurt, along with Forschungszentrum Jülich, the German Aerospace Center (DLR), and the Karlsruhe Institute of Technology (KIT), will coordinate the extensive research flights. For this project, the universities of Mainz and Frankfurt are collaborating as part of the Rhine-Main Universities (RMU) alliance.

Trace gases such as carbon dioxide and water vapor are potent greenhouse gases and play an important role in climate change. This also includes stratospheric ozone, which acts as a greenhouse gas. Since the end of the 1980s, the Montreal Protocol has banned the use of chlorofluorocarbons (CFCs), which severely deplete the ozone layer. However, it will take many decades for the ozone layer to recover. At the same time, climate change is affecting the water vapor content of the atmosphere. The SouthTRAC campaign scientists are currently looking in detail at the significance of this for the chemical composition of the air in the southern hemisphere and for global climate change.