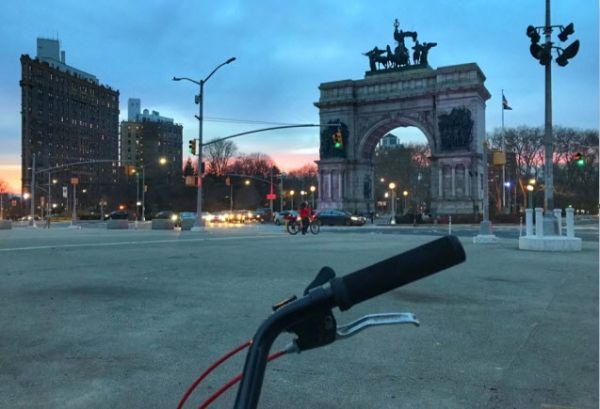 Living in Brooklyn, I am often amazed by the time it takes to get around within the borough without a bike.

Living in Brooklyn, I am often amazed by the time it takes to get around within the borough without a bike. The subway is designed so that most routes lead to Manhattan, making transportation within the other boroughs less efficient. Oftentimes, biking offers an opportunity to get around more effectively than taking the subway. Whether we get around by bicycle ourselves, have a friend who does, or even if we are simply annoyed by bicyclists, we might be inclined to think about how cities plan for bicyclists — or don’t.

On an individual level, we can each make decisions about how to get around. But our decisions are also in the larger context of transportation infrastructure which determines which road, subway route or bike lane is easiest and most accessible. These decisions matter; transportation is responsible for nearly one-quarter of global carbon dioxide (CO2) emissions. It also plays a significant role in public health in regards to pollution exposure and exercise. Physical inactivity, the condition of being overweight, and obesity are responsible for 11 percent of deaths worldwide each year, as reported by the World Health Organization.

To investigate bicycle commuting in the 35 largest cities across the U.S., I was keen to explore what cities are doing to make it easier for individuals to get around by bike and how cities could do better. In a recent class on sustainability indicators, I had the chance to ask these questions.