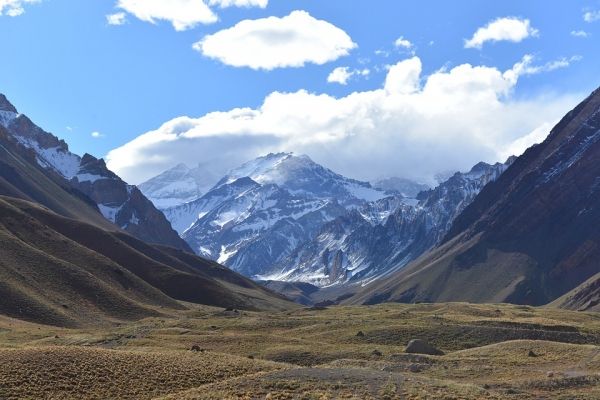 It is common knowledge that glaciers are melting in most areas across the globe.

It is common knowledge that glaciers are melting in most areas across the globe. The speed at which tropical glaciers in the Peruvian Andes are retreating is particularly alarming, however. In the first detailed investigation of all Peruvian mountain ranges, a research team from Friedrich-Alexander-Universität Erlangen-Nürnberg (FAU) has ascertained a drastic reduction of almost 30 percent in the area covered by glaciers between 2000 and 2016. The team also observed that El Niño activities had a significant effect on the state of the glaciers. Their results were published in the journal ‘The Cryosphere’ (DOI: 10.5194/tc-13-2537-2019).

Tropical glaciers exist around the equator at altitudes of above 4000 metres. Peru is home to 92 percent of all areas covered by glaciers in the tropics. Due to their geographical location, tropical glaciers are particularly sensitive to fluctuations and changes in the climate. In certain mountain ranges in the Andes such as the Cordillera Blanca, glaciers are reported to have been retreating at an accelerated rate since the 1980s. Measurements of the mass balance of individual glaciers have also shown a significant loss of ice.

Until now, there have not been any region-wide, uniform measurements of changes in mass and area of glaciers in Peru. A team of researchers led by Dr. Thorsten Seehaus, Institute of Geography at FAU, has worked together with colleagues from Peru to measure the changes in glaciers in the Peruvian Andes between 2000 and 2016 using satellite data. The geographers charted the changes in glacier extent using Landsat images. They identified a glacial retreat of 29 percent during the period of investigation. A total of 170 of previously 1973 glaciers have even disappeared completely, an area roughly equivalent to 80,000 football pitches. Furthermore, they observed a rate of retreat for the period 2013 to 2016 almost four times higher than in the years before.