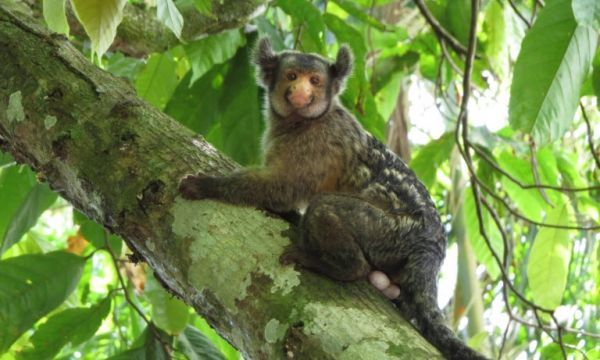 Imagine the thrill of discovering a new species of primate. For a conservationist, it’s the stuff that dreams are made of. Then picture the nightmare scenario in which you’re forced to watch helplessly as the habitat of that newly discovered species is engulfed in flames. That is the heartbreaking reality faced by Rodrigo Costa Araújo and his colleagues at the National Institute of Amazonian Research and the Federal University of Amazonas in Brazil, just months after they first set eyes on the minuscule marmoset now known as Mico munduruku.

The fires continue to rage across Amazonia, incinerating one of the most crucial life-support systems on the planet, and leaving devastation in their wake. Astoundingly, this is no longer headline news, but the destruction continues apace. The long-term global consequences of the Amazon going up in flames have been well documented, but within that broader canvas there are countless individual tragedies unfolding at local level, for people and wildlife alike.

We spoke to Rodrigo, recipient of two Conservation Leadership Programme (CLP) awards that have provided what he calls ‘pivotal support’ for his team’s ongoing work to advance our knowledge of southern Amazonian marmoset species, in order to gain an insight into the situation on the ground in Brazil.