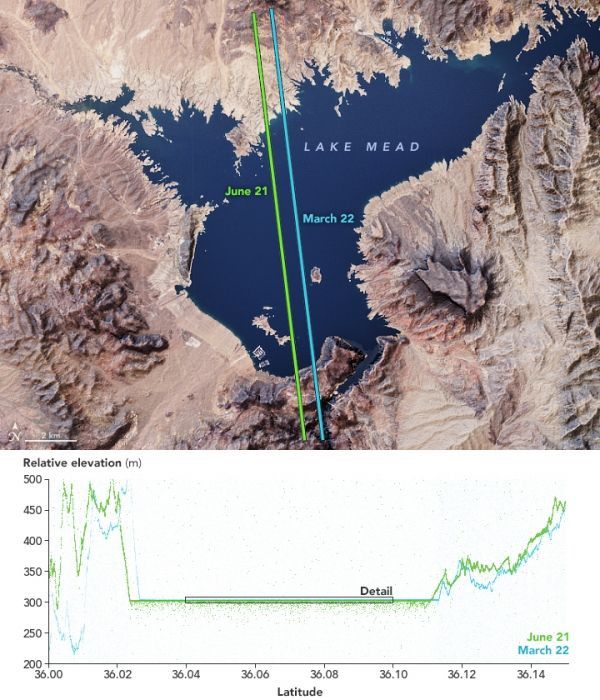 Lake Mead, a reservoir along the Colorado River at the Arizona-Nevada border, can hold more water than any other reservoir in the United States. Full capacity, however, hasn’t been seen since 1983 due to drought and significant water usage. The decline is not constant: behind the Hoover Dam, water levels rise and fall with the seasons each year.

The seasonal change is visible in these elevation measurements acquired during two passes over Lake Mead by the Advanced Topographic Laser Altimeter System (ATLAS) on NASA’s Ice, Cloud, and land Elevation Satellite-2 (ICESat-2). The first pass (blue) measured the lake’s relative elevation on March 22, 2019, two days after the spring equinox. The second pass (green) measured the elevation on the summer solstice, June 21, 2019.

For reference, the satellite’s parallel passes—about a half-mile apart—are shown over a natural-color image of the lake acquired by the Landsat 8 satellite. That image is overlaid on topography data from NASA’s Shuttle Radar Topography Mission (SRTM) to emphasize the terrain.