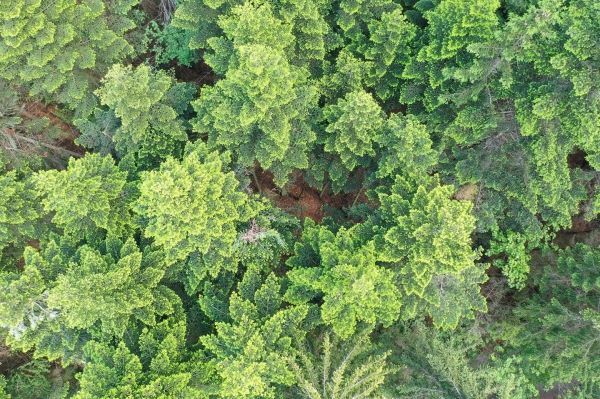 With freely available radar data from satellites, biodiversity in forests can be analysed very well.

With freely available radar data from satellites, biodiversity in forests can be analysed very well. In Nature Communications, researchers report that biodiversity even of tiny insects can be reliably modelled from space.

The quantity and diversity of plants and animals, especially insects, is decreasing, also in Germany. For this reason, science would like to see opportunities to document the biodiversity of the planet as extensively and comprehensively as possible. In this way, it could be determined whether measures against the insect dieback are effective or not.

Satellite data are well suited for this purpose. "So far, however, they have hardly been used. Scientists were of the opinion that there were no freely available data that would provide sufficientresults," says Professor Jörg Mueller from the Biocenter of Julius-Maximilians-Universität (JMU) Würzburg in Bavaria, Germany. This is not true. Radar data available free of charge can be used very well to monitor biodiversity from space.

Read more at University of Würzburg

Image: Radar can be used to survey the diversity of species in forests. The picture shows a complex mixed mountain forest. (Credit: Bavarian Forest National Park)