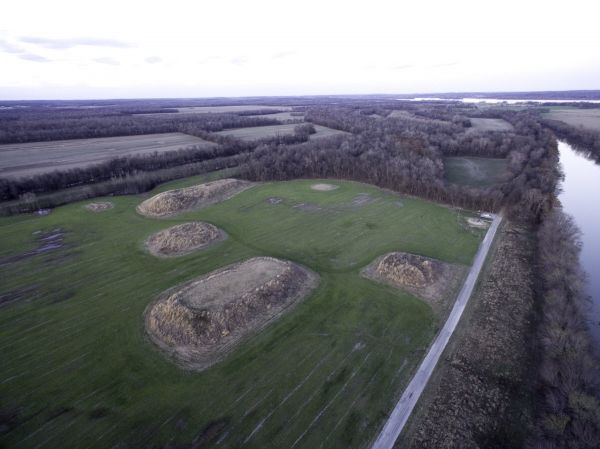 Native American use of galena at Kincaid Mounds, a settlement occupied during the Mississippian period (1150 to 1450 CE), resulted in more than 1.5 metric tons of lead pollution deposited in a small lake near the Ohio River. New data from IUPUI researchers found the lead did not originate from this Southern Illinois settlement, but instead was brought to the site from other Midwest sources.

Archaeologists have long known that Native Americans used galena for thousands of years, but this is the first time its use has been linked with clear indications of pollution and how much pollution.

IUPUI researchers extracted sediment cores from Avery Lake to look at Native American impacts on the landscape and detect signals on how they used the land and its resources. Avery Lake is a floodplain lake adjacent to the Kincaid Mounds archaeological site along the Ohio River near Brookport, Illinois. The mound-building civilizations thrived in the Midwest and at the Avery Lake site until approximately 1450 CE.