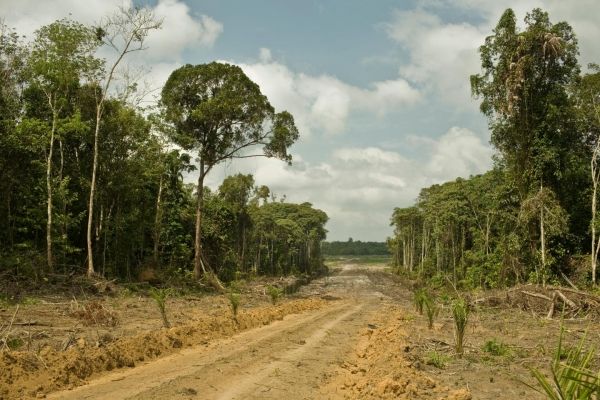 A new study in the journal Science Advances says that carbon impacts from the loss of intact tropical forests has been grossly underreported.

A new study in the journal Science Advances says that carbon impacts from the loss of intact tropical forests has been grossly underreported.

The study calculates new figures relating to intact tropical forest lost between 2000-2013 that show a staggering increase of 626 percent in the long-term net carbon impacts through 2050. The revised total equals two years’ worth of all global land-use change emissions.

The authors of the study, from WCS, University of Queensland, University of Oxford, Zoological Society of London, World Resources Institute, University of Maryland, and University of Northern British Columbia, found that direct clearance of intact tropical forests resulted in just 3.2 percent of gross carbon emissions from all deforestation across the pan-tropics. However, when they factored in full carbon accounting, which considers forgone carbon removals (carbon sequestration that would occur annually into the future if cleared or degraded forest had remained intact after year 2000), selective logging, edge effects and declines of carbon-dense tree species due to overhunting of seed-dispersing animals, they discovered that the figure skyrocketed by a factor of more than six times.

Said the study’s lead author Sean Maxwell of WCS and the University of Queensland: “Our results revealed that continued destruction of intact tropical forests is a ticking time bomb for carbon emissions. There is an urgent need to safeguard these landscapes because they play an indispensable role in stabilizing the climate.”