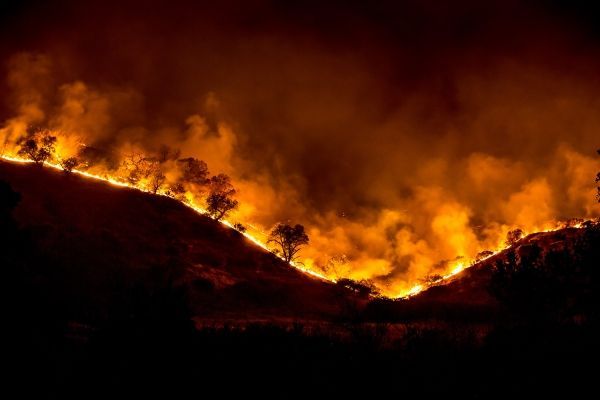 Despite statewide devastation from wildfires, a new poll conducted by the Bill Lane Center for the American West shows Californians are still reluctant to subsidize wildfire prevention or support relocating communities at risk.

With blazes raging across the state, smoke impacting the Bay Area and the largest power utility shutting off electricity to avoid ignitions, California is experiencing another devastating fire season. As state, federal and local officials try to figure out what policies to implement to address the state’s wildfire crisis, a new poll conducted by the Bill Lane Center for the American West at Stanford University reveals where the public stands on regulations and other public policy measures to prevent wildfires.

Knowing what the public is likely to support can help policymakers gauge what to invest in as they try to protect the state’s population and avoid billions of dollars in wildfire damages.

Among the survey’s most sobering findings: One in four Californians have either experienced a wildfire event personally or know someone who did. “Given that so many people are being impacted, we really wanted to understand what the public supports with respect to wildfire policy,” said Iris Hui, a senior researcher at the Bill Lane Center who worked on the survey.