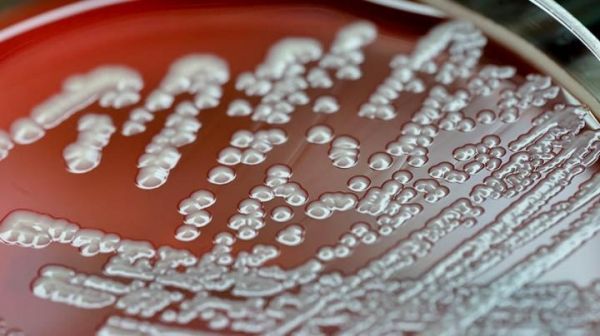 What if you had to plan your outings based on how your stomach felt that day or where the nearest restroom is located?

What if you had to plan your outings based on how your stomach felt that day or where the nearest restroom is located? For many people with inflammatory bowel disease (IBD), their guts have an inordinate effect on their daily quality of life.

One of the most common forms of IBD, called Crohn’s disease, is characterized by inflammation within the digestive tract and can lead to severe diarrhea, pain and weight loss. What causes IBD is still a mystery, but scientists now know that the gut microbiome, composed of the trillions of bacteria that make their home inside the intestines, are key players.

In a new paper in Nature Microbiology, Michigan Medicine researchers describe how bad bacteria gain a foothold over good bacteria in IBD and how something as simple as a diet change might reverse it. “The same bacteria are present in healthy and inflamed digestive tracts,” says Nobuhiko Kamada, Ph.D., of the division of gastroenterology in the department of internal medicine. “They just change their competition. We wondered what is the mechanism behind this?”

Although E. coli, the notorious bacteria behind many cases of food poisoning, is present in a normal healthy gut, the disease-causing form of the bacteria is able to outcompete its more benign cousins when the gut is inflamed. In earlier work within the Michigan Microbiome Project , Kamada’s team showed that the bad version of E. coli is usually held in check by good E. coli and other beneficial bacterial species through the metabolism of carbohydrates, the preferred source of nutrients for E. coli. Under inflammation however, the amount of good bacterial species is reduced, leaving less available sugar for E. coli to use and grow. Yet, the disease-causing E. coli are still able to take over.

Image: A sample of E. coli in a petri dish. (Credit: Getty Images)