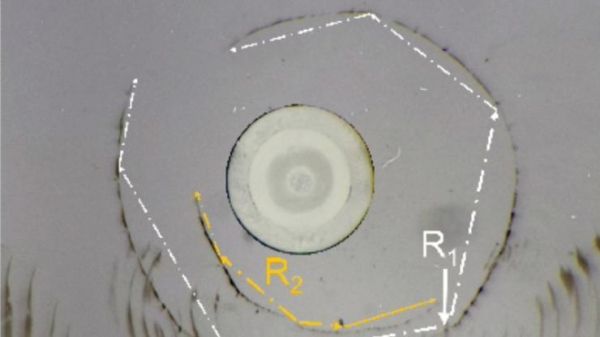 A plane has to be going pretty fast for a mere raindrop to crack its windshield, but it can happen.

A plane has to be going pretty fast for a mere raindrop to crack its windshield, but it can happen. Now, new models of the physics behind the improbable feat may just help doctors crack kidney stones to pieces.

When supersonic jets were first being developed for commercial use in the 1960s, researchers discovered a curious phenomenon that sometimes occurs on test flights through rainforests. Even though raindrops weigh almost nothing, they are capable of creating ring-shaped cracks in the jets’ substantial windshields.

Although scientists initially had difficulty explaining this curiosity, Professors Frank Philip Bowden and John Field of the University of Cambridge eventually recognized surface waves as the culprits. Because surface waves spread in only two dimensions, they pack a much more powerful punch than their three-dimensional counterparts. Certain details of the phenomenon, however, have remained poorly understood due to a lack of mathematics to describe it and experimental setups to validate proposed models.