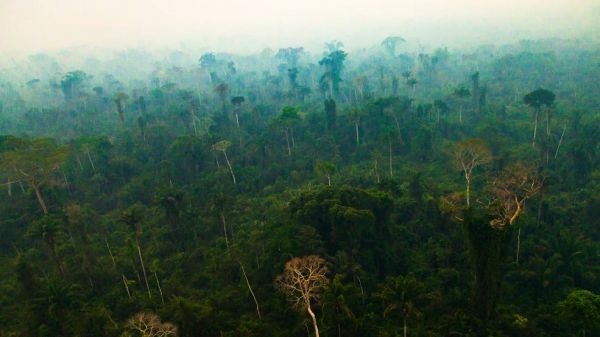 Elevated greenhouse gas levels and human activity - such as burning forests to clear land - have caused a decline of moisture in the air over the Amazon.

A new NASA study shows that over the last 20 years, the atmosphere above the Amazon rainforest has been drying out, increasing the demand for water and leaving ecosystems vulnerable to fires and drought. It also shows that this increase in dryness is primarily the result of human activities.

"We observed that in the last two decades, there has been a significant increase in dryness in the atmosphere as well as in the atmospheric demand for water above the rainforest," said JPL's Armineh Barkhordarian, lead author of the study. "In comparing this trend to data from models that estimate climate variability over thousands of years, we determined that the change in atmospheric aridity is well beyond what would be expected from natural climate variability."