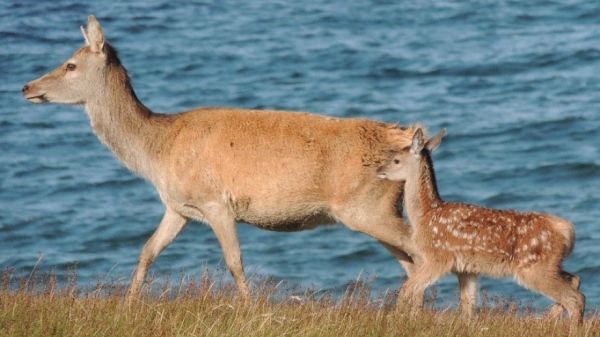 Red deer on a Scottish island are providing scientists with some of the first evidence that wild animals are evolving to give birth earlier in the year as the climate warms.

Genetic changes to red deer on the Isle of Rum - located off the west coast of Scotland - have played a key role in a rapid shift in birth dates in recent years, new research shows.

Dr Timothée Bonnet from The Australian National University (ANU), who led the study, said: "This is one of the few cases where we have documented evolution in action, showing that it may help populations adapt to climate warming."

Previous studies have shown that the deer have been giving birth earlier since the 1980s, at a rate of about three days per decade, partly due to the effects of warmer temperatures on the deer's behaviour and physiology.

Now, scientists have revealed that genetic changes caused by natural selection - the theory of evolution developed by Charles Darwin - are also involved.

The study provides a rare example of evolution happening quickly enough to be detected over only a few decades.