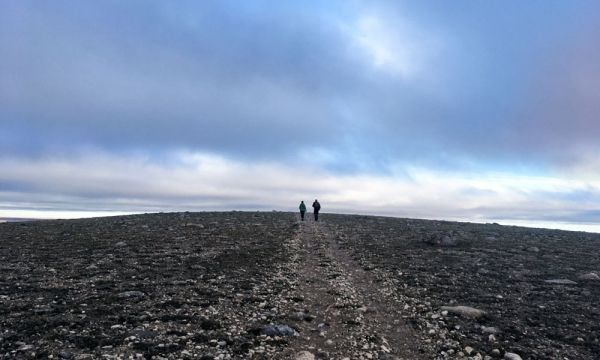 The Arctic is thawing. The Northwest Passage is changing. More ships are moving through the waterway.

The Arctic is thawing. The Northwest Passage is changing. More ships are moving through the waterway. The decrease in sea-ice has led to a doubling of vessel traffic over the last 25 years, and the shipping season will get longer. More change is yet to come.

How is this increased traffic and growing development impacting wildlife and their environment? And how will Arctic communities plan for change? That’s the focus of a UBCO collaborative research project led by Kevin Hanna, director of UBC’s Centre for Environmental Assessment Research, and funded by Irving Shipbuilding International.

“Less than five per cent of the Arctic marine environment is mapped to modern standards,” says Hanna. “That’s quite staggering considering the northern territories make up the major part of Canada’s coastline.”

To better understand the future of the Arctic, Hanna believes we need to think about how we approach and approve development decisions in the North. Master’s student — now alumna — Nicole Peletz was just the person to assist him.

Image via University of British Columbia.