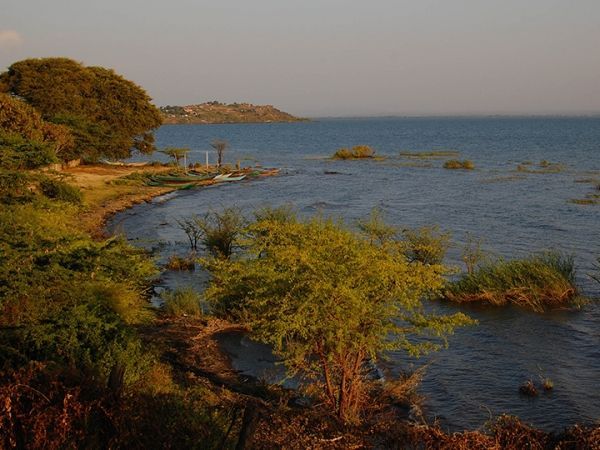 Global climate change could cause Africa’s Lake Victoria, the world’s largest tropical lake and source of the Nile River, to dry up in the next 500 years, according to new findings from a team of researchers led by the University of Houston. Even more imminent, the White Nile — one of the two main tributaries of the Nile — could lose its source waters in just a decade.

Using ancient sediment from outcrops along the edge of the lake, Emily Beverly, assistant professor of sedimentary geology at the UH College of Natural Sciences and Mathematics, along with researchers at Baylor University, generated a water-budget model to see how Lake Victoria’s levels respond to changes in evaporation, temperature, rainfall and solar energy. Their findings, published in Earth and Planetary Science Letters, indicate a rapid lake level decline was very possible tens of thousands of years ago and could happen again in the future.

“Our model predicts that at current rates of temperature change and previous rates of lake level fall, Lake Victoria could have no outlet to the White Nile in as little as 10 years. Every major port in Lake Victoria could be landlocked within a century, and Kenya could lose access to the lake in 400 years,” Beverly explained.

Continue reading at University of Houston

Image via University of Houston