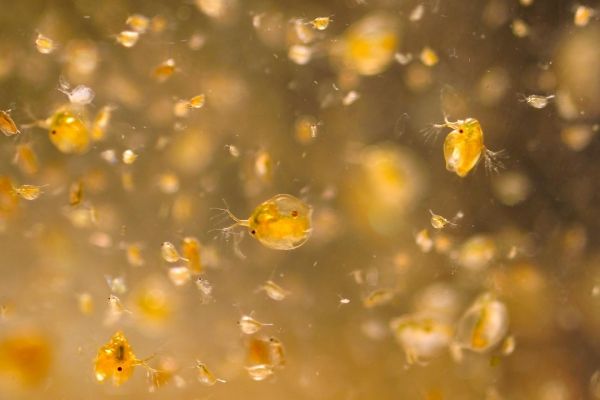 Toxic substances such as pesticides can cause effects on sensitive individuals in concentrations up to ten thousand times lower than previously assumed.

Toxic substances such as pesticides can cause effects on sensitive individuals in concentrations up to ten thousand times lower than previously assumed. This was shown by Researchers at the Helmholtz Centre for Environmental Research (UFZ) in their latest study published in Scientific Reports. For understanding these results, one must consider that the level of stress plays an important role. Most surprisingly: not only too much, but also too little stress can lead to a higher sensitivity to toxicants!

Whether a toxicant harms or kills an organism, and if so to which extent, depends on its concentration and the sensitivity of the individuals exposed: the dose makes the poison. "But that's not all," says UFZ ecotoxicologist Prof. Dr. Matthias Liess. "Also, the magnitude of environmental stress is very important to determine the effect of a toxicant." Toxicant concentration, individual sensitivity and environmental stress thus interact in a triad of effects. In their current study, the researchers have investigated the role of these individual components. They wanted to find out how sensitive individuals can be better protected by risk assessment. "Previous model calculations could not sufficiently predict the effects of low toxicant concentrations on sensitive individuals and species," explains Liess. "But this is very important in both human and ecotoxicological risk assessment". This is because sensitive persons - such as children, sick or elderly people - or more sensitive species of an ecosystem obviously suffer damage even at much lower concentrations than previously assumed.

Pesticides can have negative effects on sensitive individuals even in the lowest concentrations. This is exemplary shown by experiments with crustacean Daphnia magna. (Photo Credit: ©André Künzelmann / UFZ)