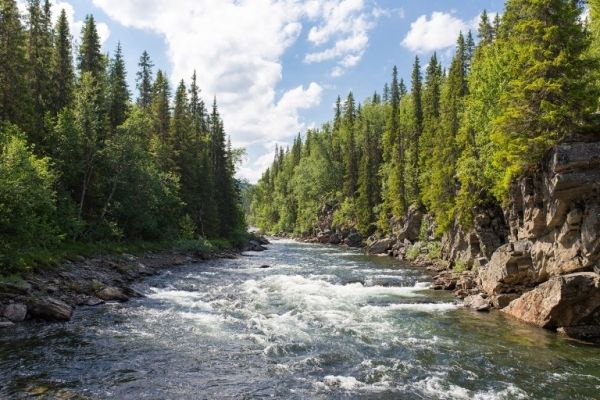 Adjusting the water flow rate in a river can prevent invasive species from moving upstream and expanding their range.

Adjusting the water flow rate in a river can prevent invasive species from moving upstream and expanding their range. An applied mathematician at UT has developed a partial differential equation model to find the desired flow rate to reduce invasive populations.

The model is detailed in a new paper by Suzanne Lenhart, Chancellor’s Professor and James R. Cox Professor of Mathematics, published in Mathematics.

“Invasives pose a serious threat to native habitats and species, especially in aquatic environments,” said Lenhart. “Using optimal control techniques in a model with realistic hydrology features, we illustrated how to adjust the flow rate in a river to keep an invasive species from moving upstream.”

Mathematical models like the PDE model in this study, which represents an invasive population in a river, can give insight into new management strategies. Current strategies to prevent upstream expansion of invasive species include electric fences or nets in the river, but these are not the only management actions that can be taken.

Read more at University of Tennessee