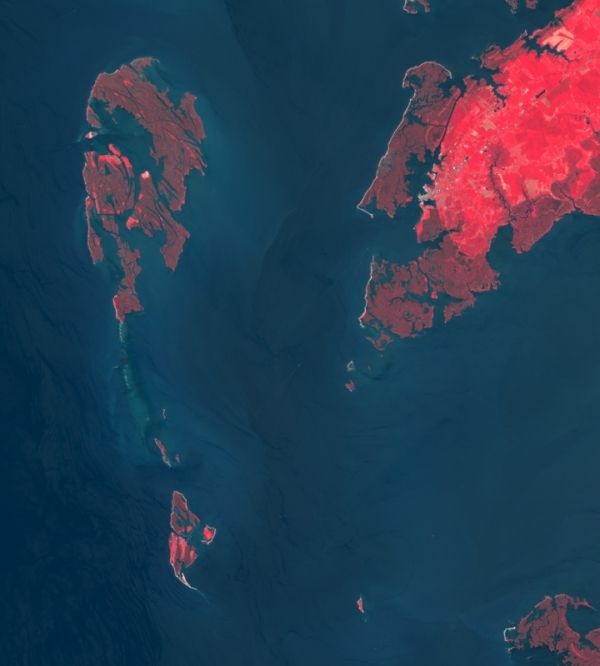 Rising waters are swallowing up another island in Chesapeake Bay.

The history of the Chesapeake Bay is littered with tales of vanished islands and abandoned communities. By some counts, rising water and erosion has consumed more than 400 islands since the 1600s.

Holland Island, home to hundreds of people in the early 1900s, has been reduced to a few patches of marshland. Sharps Island—now gone—had a three-story hotel in the 1800s. Also submerged: Turtle Egg Island, a hideout used by pirates in the 1600s.

Now Great Fox Island, a small sandy enclave near the Maryland-Virginia border, is well on its way to joining the list. When the island was first discovered in 1773, it spanned more than 400 acres (1.6 square kilometers). By 2019, just 34 acres (0.1 square kilometers) remained.

For decades, the Chesapeake Bay Foundation hosted outdoor education retreats for students in a hunting lodge turned classroom on Great Fox Island. But the final student group passed through in October 2019. What is left of the island has become too dangerous to host students, the foundation explained on its website. Erosion has chewed away protective buffers of sea grass and salt marsh that kept the waters calm enough for canoeing. Also, high tides now submerge many of the hiking trails.