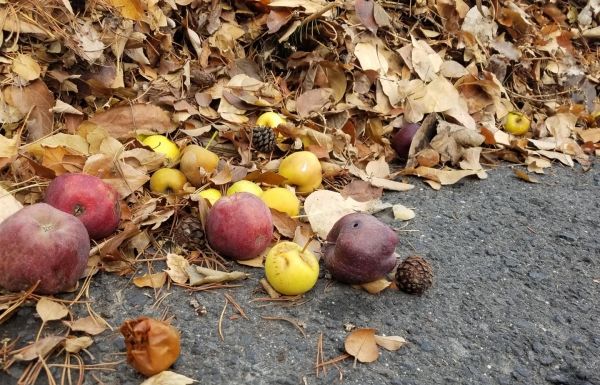 The U.S. spends $5 billion a year to repair damages to road infrastructure from winter snow and ice control operations and the use of traditional deicers.

The U.S. spends $5 billion a year to repair damages to road infrastructure from winter snow and ice control operations and the use of traditional deicers. A team of researchers at WSU is developing a more sustainable solution using grape skins and other agricultural waste.

The researchers, including graduate student Mehdi Honarvar Nazari and Xianming Shi, associate professor in Civil and Environmental Engineering, determined that their deicer containing grape extract outperformed commonly used deicers, including road salt and what is thought to be a more environmentally friendly blend of salt brine and beet juice. They published their results in the December issue of the Journal of Materials in Civil Engineering.

Every year, roughly 27 million tons of sodium chloride, commonly known as road salt, is used on U.S. roadways for winter maintenance. The chlorides do not degrade in the environment and may pose long term environmental risks. Commercial deicers typically contain chemicals that are corrosive toward metals, asphalt, concrete, and pose some risk to aquatic species.

Beet juice has become a common additive used by highway departments and cities to enhance the performance of deicers while reducing their corrosive impacts. However, when beet juice enters water bodies, it can deplete oxygen and endanger aquatic organisms.

Image: Xianming Shi first thought of using biotechnology to derive deicer additives out of agricultural waste materials several years ago when tasked by the Alaska Department of Transportation to develop locally sourced and performance-enhanced brine formulations for anti-icing. (Credit: WSU)