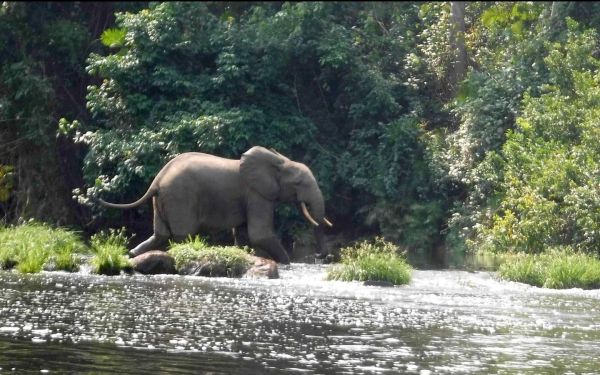 A tiny termite might see an elephant’s foot as its biggest threat.

A tiny termite might see an elephant’s foot as its biggest threat. But when elephants and other large herbivores are lost to hunting, the termite’s troubles are just beginning.

Rice University scientists were surprised to learn the extent to which declines of large mammals like elephants, buffaloes and gorillas in hunted areas of an African forest were linked to changes in the population of the tiny-but-important insects.

A study by Rice ecologist Amy Dunham and graduate student Therese Lamperty, published in Biological Conservation, reported that in African rainforests where large animals are hunted, the abundance of termites falls by 170 times.

Even in an environment that is home to an estimated 10,400 termites per square meter, that’s a significant drop, according to the researchers. Termites, they reported, are important ecosystem engineers responsible for plant decomposition, carbon flux and the physical properties of the soil, and serve as a key food resource for other denizens.