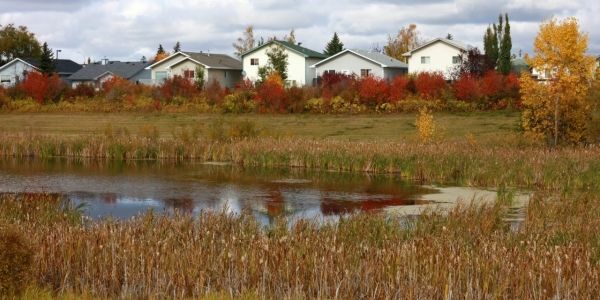 In a new report commissioned by the Alberta Real Estate Foundation, associate professor of law Cameron Jefferies and Erin Sawyer, a research assistant with the Alberta Land Institute, argue that growing global concerns about habitat and biodiversity loss need to filter down to the level where Alberta’s municipalities and citizens can play a pivotal role in making the connections between neighbourhoods, communities and nature.

“We should be thinking about our municipal environments as part of the ecosystem,” said Jefferies, who specializes in environmental law. “Infrastructure isn’t just the built environment, it’s also the tree canopy and the water system.”

Building on the principle that communities feel the effects of biodiversity loss most closely, Jeffries and Sawyer argue that local governments have multiple legal tools and tactics to protect sensitive areas, create adaptation plans and encourage citizens to take up conservation in their backyards. The reasons for doing so, Jefferies added, go beyond the satisfaction of living near nature.