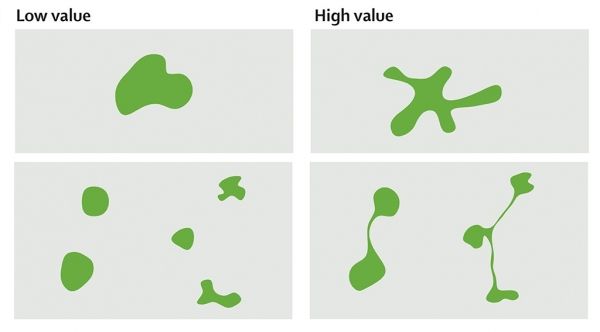 A study by Texas A&M researchers found that people living near irregularly shaped parks had a lower mortality risk.

Some community parks are square, a reflection of the city block where they’re located — but irregularly shaped parks may reduce the mortality risk of residents who live near them, according to a study by scholars in Texas A&M University’s College of Architecture.

Huaquing Wang, a doctoral urban and regional sciences student, and Lou Tassinary, professor of visualization, said in their paper describing the research that nearly all studies investigating the effects of natural environments on human health are focused on the amount of greens pace in a community. “We found that the shape or form of green space has an important role in this association,” they said.

Their research was published in the Nov. 2019 issue of The Lancet Planetary Health. In the study, Wang and Tassinary performed statistical analyses of Philadelphia land cover data to assess links between landscape spatial metrics and health outcomes. They found that residents living in census tracts with more connected, aggregated and complex-shaped green spaces had a lower mortality risk.