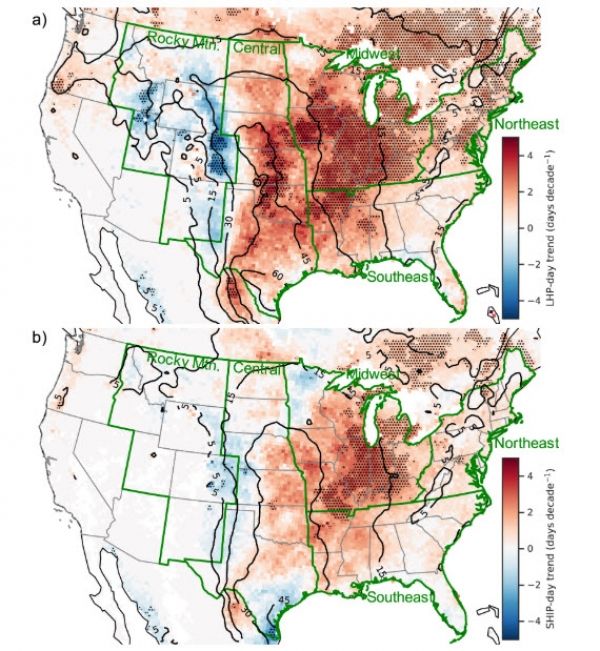 A group of atmospheric scientists have uncovered an environmental footprint that could help explain why the cost of hailstorm damage is rapidly increasing in the United States.

The scientists, led by Brian Tang at the University at Albany, combined 38 years of weather data – from 1979 to 2017 – to determine how many days per year had favorable conditions for large hail, greater than the size of a golf ball, across the U.S.

Consistent increases over the 38-year period were observed east of the Rocky Mountains, including a 10 to 15-day uptick in parts of the Central Plains and Midwest. Most of the Northeast also experienced an increase of about three to eight days. The findings were consistent with increases in reported large hailstones in these regions.

Using a combination of publicly-available 3D atmospheric data, NOAA hail reports and NEXRAD radar data, the scientists focused on a number of different moisture, temperature and wind variables that are relevant to the production of large hail in severe thunderstorms.

Study results were published on Friday in Nature’s Climate and Atmospheric Science.

Continue reading at University of Albany

Image via University of Albany