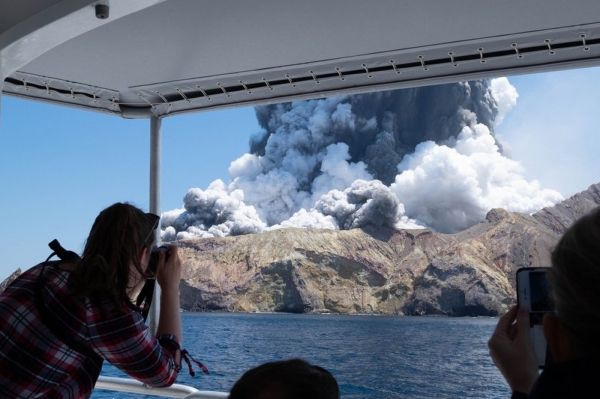 Geological activity was monitoried but threat level was not raised in days leading up to deadly eruption.

The agency that monitors geological activity in New Zealand, GeoNet, had issued warnings that a volcano off the country’s North Island was showing signs of “moderate volcanic unrest” but it might not have been possible to predict that it would suddenly erupt on Monday, according to Daniel Douglass, a geologist at Northeastern.

Douglass, an associate teaching professor of marine and environmental sciences, cautions that it’s difficult to know for certain what happened, but says that indications of an imminent eruption “might not have shown up in the data” because it may have been too small.

At least five people were killed and dozens were injured when a volcano erupted at a popular tourist destination on White Island, off the coast of New Zealand on Monday. Police officials say several people are still missing, but that reconnaissance flights over the island early Tuesday had found “no signs of life at any point,” according to The Washington Post.

Scientists use three major indicators to monitor volcanic activity, Douglass says. Volcanologists look for gasses coming out of the vents around the volcano, evidence that magma is moving underground, and take measurements of the ground surface elevations around the volcano, he says.