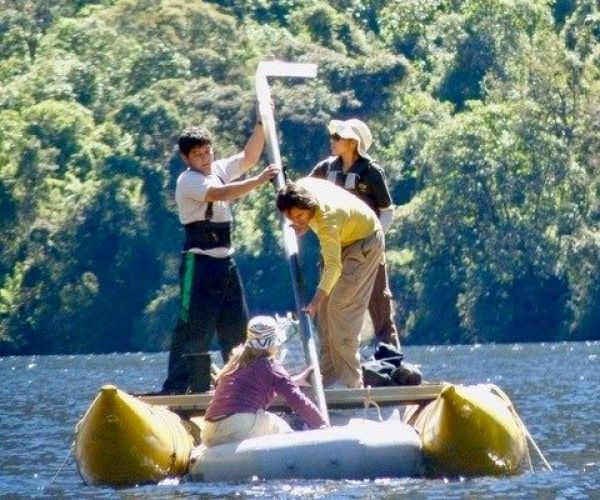 The study, “2,100 years of human adaptation to climate change in the High Andes,” reveals that Andean climate changes – especially droughts – over the last 2,100 years were an important determinant of how land was used by native Andean societies. It was published online today in Nature Ecology & Evolution from scientists at Florida Tech, University of Miami and Columbus State University.

The setting of the study is the Laguna de los Cóndores, or Lake of the Condors, in Peru. This is an especially important area to archaeologists as the cliffs above the lake were a tomb-site for over 200 Incan and pre-Incan mummies.

One of the key findings of the study was that the peak of deforestation was about 800 A.D. and that the last deforestation to produce maize agriculture was about 1100 A.D. The farming ended by about 1200 A.D. and the forests reclaimed the valley around the lake. This timing coincided with two things: a wetter regional climate and the beginning of the cliff burials.

Image via Florida Institute of Technology