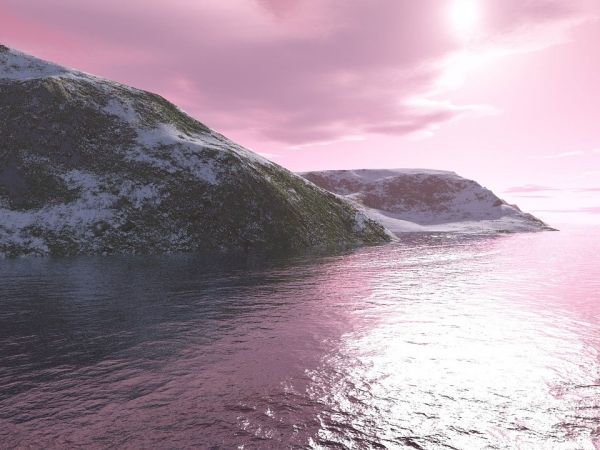 The Arctic region is heating up faster than any other place on Earth, and as more and more sea ice is lost every year, we are already feeling the impacts.

The Arctic region is heating up faster than any other place on Earth, and as more and more sea ice is lost every year, we are already feeling the impacts. IIASA researchers explored strategies for cooling down the oceans in a world without this important cooling mechanism.

Scientists estimate that summer sea ice in the Arctic Ocean will be largely gone within a generation. This is bad news for the world, as ice and snow reflect a high proportion of the sun's energy into space, thus keeping the planet cool. As the Arctic loses snow and ice, bare rock and water become exposed and absorb more and more of the sun’s energy, making it warmer – a process known as the albedo effect.

Given that it would be very difficult to reverse this trend, even if we do manage to reach the 1.5°C target set out in the Paris Agreement, IIASA researchers explored what would happen if we were to reverse this logic and make the Arctic region a net contributor to cooling down the world’s oceans and by extension the Earth. In their new paper published in the Springer journal SN Applied Sciences, the authors analyzed what the Arctic’s contribution to global warming would be if there were no ice cover, even throughout the winter months. They also looked at ways the world could adapt to the resulting new climate conditions.

“The Arctic Ocean ice cover works as a strong insulator, impeding the heat from the ocean below to warm up the atmosphere above. If this ice layer were however removed, the atmosphere would increase in temperature by around 20°C during the winter. This increase in temperature would in turn increase the heat irradiated into space and, thus cooling down the oceans,” explains study lead-author Julian Hunt, who currently holds a postdoc fellowship at IIASA.