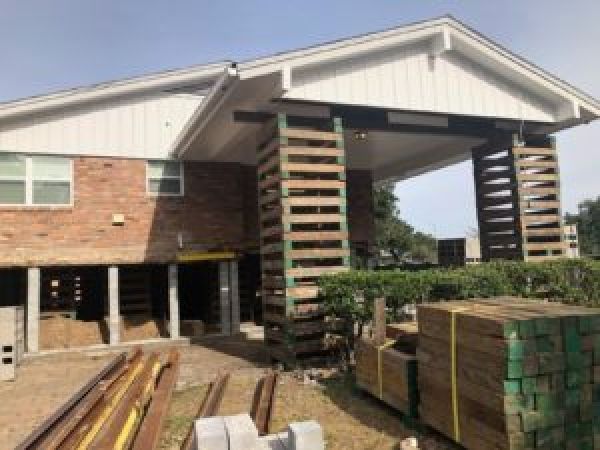 Study points to solutions that could protect residents in at-risk neighborhoods.

Texas homes that took the biggest hit in value after 2008’s Hurricane Ike were, surprisingly, not those within historic flood zones, new research finds. Instead, they were homes just outside these zones, where damage affected whole neighborhoods, driving property value down for years, according to a team of researchers from the University of North Carolina, Chapel Hill who presented the findings this week at AGU’s Fall Meeting 2019 in San Francisco.

The findings help researchers identify which homeowners are most likely to default on their mortgage after a major storm — and to devise solutions that protect homeowners.

The Federal Emergency Management Agency defines 100-year flood zones as areas where there is a 1% or greater chance of flood in a given year. But flood waters can spread well beyond these zones in many urban areas, where water flows freely over broad swaths of concrete, according to Harrison Zeff, engineer at University of North Carolina, Chapel Hill and member of the team that presented the new findings.

That’s a problem, because while federal law requires residents in 100-year flood zones to purchase flood insurance, there’s no such requirement for those outside these zones. So when a storm hits and residents have to foot the bill for damages, they often end up borrowing money against the value of their homes. But residents already saddled with mortgage debt might cut their losses and leave altogether, according to Zeff.