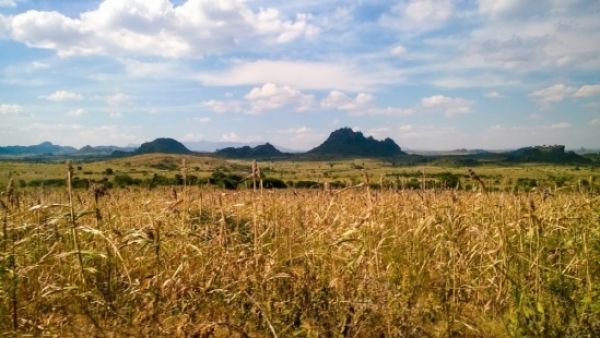 Humanity’s ability to predict and respond to the changing climate will likely dictate our wellbeing in the coming century. While some regions have employed climate and agricultural forecasting for decades — including the U.S., which uses sophisticated models to maximize and stabilize the food supply — many areas of the world are still developing these capacities.

Researchers at UC Santa Barbara are working to change that.

The university’s Climate Hazards Center (CHC) continues to raise the bar in predicting and tracking extreme climate-driven conditions that affect people’s lives and livelihoods. The CHC’s eminence and success have attracted partners and funding from around the world. Now the group will take on two large new projects — one in Western Africa, the other in Eastern and Southern Africa — over the next three years.

Both are funded through the Applied Science Team (AST) at SERVIR, a joint venture between NASA and the U.S. Agency for International Development that aims to help “developing countries use satellite data to address critical challenges in food security, water resources, weather and climate, land use, and natural disasters.” The new projects, each to receive roughly half of the total $1.3 million grant, will be equal partnerships between the CHC and SERVIR’s Western Africa and Eastern and Southern Africa hubs, respectively.