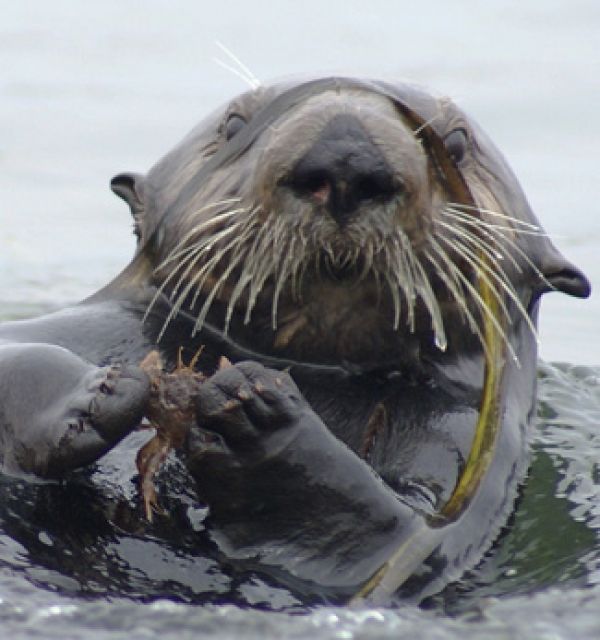 The picture of sea otters frolicking among kelp beds and rocky shoals has become an iconic image of the California coastline. But it may be drawing attention away from the value of other habitat that could truly help the endangered species in its recovery—estuaries.

In fact, a new study released today concludes that California could more than triple its population of southern sea otters, from an estimated 3,000 to nearly 10,000, by repopulating the largest estuary on the coast—the San Francisco Bay.

“It would essentially end up lifting the sea otter out of its endangered species status,” said Brent Hughes, assistant professor of biology at Sonoma State and lead author of the study published in PeerJ: the Journal of Life and Environmental Sciences. “For the conservation of the sea otter, this would be huge.”

Hughes did pioneering research on the ecological role of sea otters in Elkhorn Slough as a graduate student at UC Santa Cruz, where he worked with Tim Tinker and Kerstin Wasson, both coauthors of the new paper and adjunct professors of ecology and evolutionary biology at UCSC.