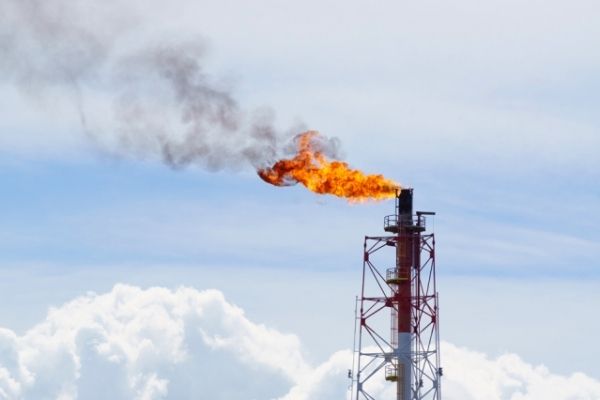 A new MIT study examines the opposing roles of natural gas in the battle against climate change — as a bridge toward a lower-emissions future, but also a contributor to greenhouse gas emissions.

Natural gas, which is mostly methane, is viewed as a significant “bridge fuel” to help the world move away from the greenhouse gas emissions of fossil fuels, since burning natural gas for electricity produces about half as much carbon dioxide as burning coal. But methane is itself a potent greenhouse gas, and it currently leaks from production wells, storage tanks, pipelines, and urban distribution pipes for natural gas. Increasing its usage, as a strategy for decarbonizing the electricity supply, will also increase the potential for such “fugitive” methane emissions, although there is great uncertainty about how much to expect. Recent studies have documented the difficulty in even measuring today’s emissions levels.

This uncertainty adds to the difficulty of assessing natural gas’ role as a bridge to a net-zero-carbon energy system, and in knowing when to transition away from it. But strategic choices must be made now about whether to invest in natural gas infrastructure. This inspired MIT researchers to quantify timelines for cleaning up natural gas infrastructure in the United States or accelerating a shift away from it, while recognizing the uncertainty about fugitive methane emissions.

The study shows that in order for natural gas to be a major component of the nation’s effort to meet greenhouse gas reduction targets over the coming decade, present methods of controlling methane leakage would have to improve by anywhere from 30 to 90 percent. Given current difficulties in monitoring methane, achieving those levels of reduction may be a challenge. Methane is a valuable commodity, and therefore companies producing, storing, and distributing it already have some incentive to minimize its losses. However, despite this, even intentional natural gas venting and flaring (emitting carbon dioxide) continues.